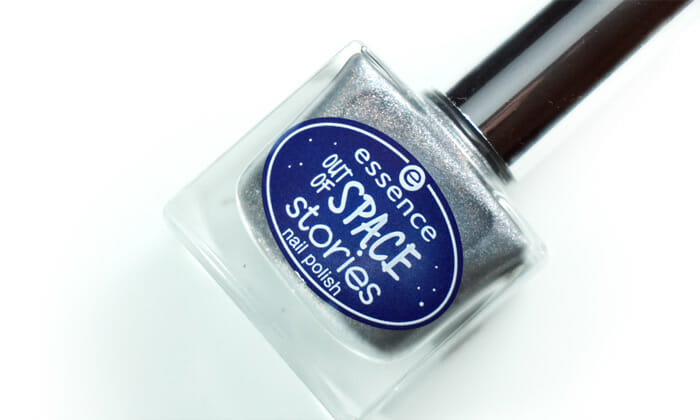 Essence and Catrice update their collection every September and February. I wasn’t too enthusiastic about the the update of Essence’s general line “the gel nail polish”. But when I looked further, I noticed that they had a new collection called “Out of space stories” and my heart skipped a beat! They all looked very special, but some were holographic! Finally, holographic budget shades! Of course, I threw almost all of the colors into my shopping basket. Today I’m showing the grey one, We will spock you. 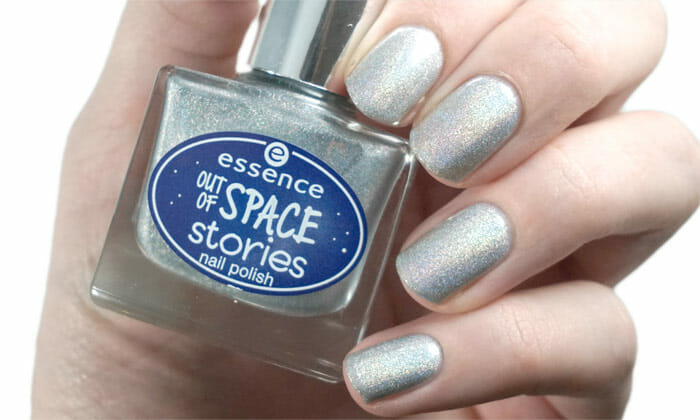 The formula was a little bit on the sheer side. I am wearing three coats in these pictures, but in real life I could still see a little bit of my nail shining through. I’m almost sure that you need four coats if you have really white tips. The consistency was quite thin, which made it easy to apply and it dried quickly.