Next to the Essence’s “Out of space stories” collection, there was another polish that caught my eye. It was an awesome flakie topper called, A glamaxy far, far away. I remember that Essence used to have a topper like this but they discontinued it. I didn’t really like flakies back then, so I never bought it. But now that they released one again, I really wanted to try, especially because of its super low price. 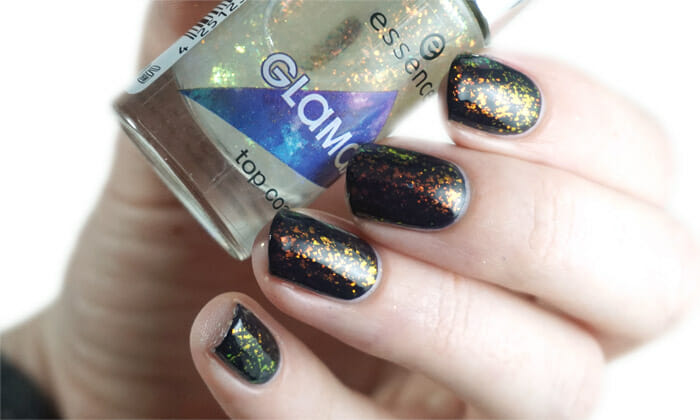 Glamaxy is a topcoat containing color shifting flakies. In the bottle the flakies look mostly yellow and very translucent. But when it is applied over a dark base, the color changes completely. The color shifts between green, yellow and orange. It is so much prettier than I expected from the bottle. It looks exactly like fallen leaves in autumn.

The density of the flakies is not that high, when you apply one thin coat, you will only get a couple of flakies on your nails. What I’m wearing on my nails is still only one coat, but I had to apply a thicker coat than  I usually do and I had to manipulate the flakies a little bit. If you don’t want to do this, you can apply two thin coats. This will result in exactly the same look. 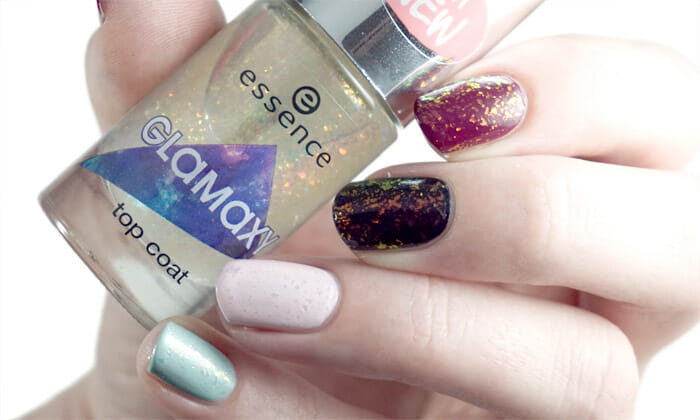 To give a completely honest review, I’ve also tried Glamaxy over a couple of different colors. It looks really different over the green and light pink shades. Instead of being a color shifting flakie, it seems more like a cute irregular glitter. I expected that I wouldn’t like it over the lighter shades but actually it looks very nice. I’ve also tried it over a navy blue ( not in this picture) and I think it looks awesome as well!

I think we have seen flakie toppers like Glamaxy before. But since I didn’t own any of the older ones, I’m glad Essence released this one. Especially if you consider that it’s only 2 euro. 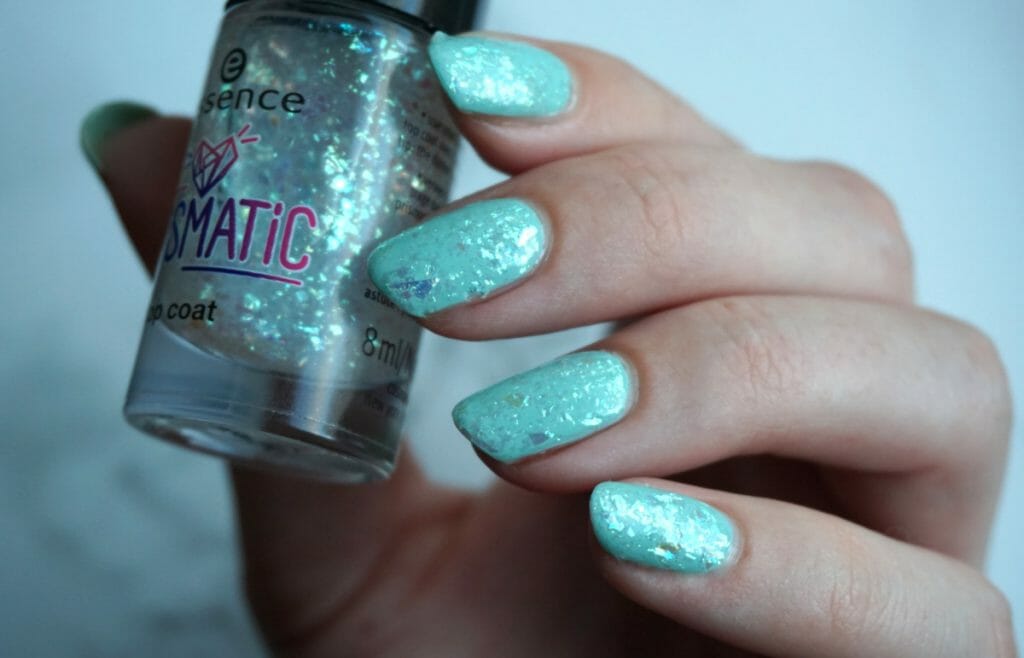