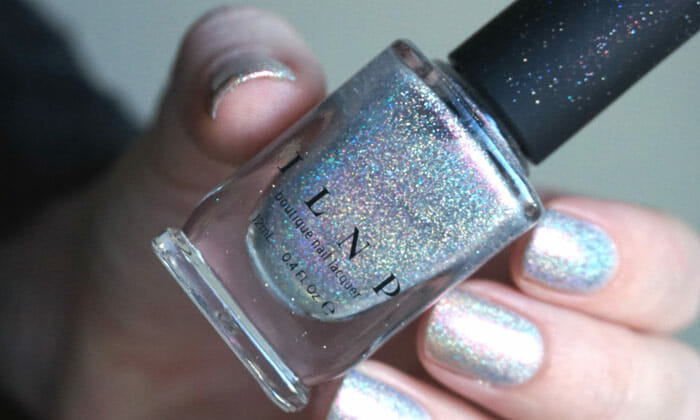 It is no secret that I just love ILNP. Everytime they release new shades, I just want to order everything! Two weeks ago, they released their new spring collection. It consisted of 6 “regular” shades and a new line of 6 shades called “Color Kissed Ultra Holos”. The Color Kissed Ultra Holos are very strong, sheer holographic shades with duochrome shimmer running through. The polishes are all silver, but the differently colored shimmer makes them appear different. I kind of had mixed feelings about this new line, so I decided to get only one, Rosewater.

Rosewater is a sheer silver holographic polish. It has a very strong duochrome shimmer, which is pink most of the time, but is gold under extreme angles. I almost couldn’t believe what I saw when I first applied this polish! It is such an unbelievably pretty combination, the very strong holo and the strong pink shimmer! In the picture below, I really tried to capture the pink shimmer, because on camera it was kind of hard to capture. But believe me, it is very noticeable in real life!

I’m wearing three coats in each of these pictures. I was kind of surprised when I was looking through the pictures, because my nail shows through. In real life it doesn’t look that way at all, there is so much shimmer and holographic sparkle going that the polish looks very opaque. I also saw this on swatch pictures before I ordered this polish, that’s why I had mixed feelings. So if you’re like me and don’t like your natural nail showing through your polish, you don’t have to worry! Removal was kind of easy; however, the shimmer gets everywhere (just look at the cap of my bottle)!

I also tried Rosewater over a black polish, but I like it better on its own. I’ve seen some pictures of it over lighter colors, and that looks really great though. 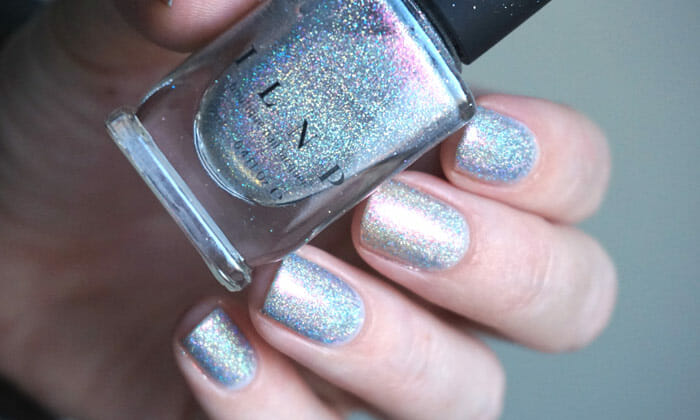 Again, ILNP totally amazed me! Rosewater is so pretty, I’ve never seen a polish like this before. I never even expected that something like this would be possible, it completely blew my mind! Now I kind of regret not ordering more of the Color Kissed- line. I definitely don’t think you need all of them, because they are all kind of similar, but I would definitely like to own a couple more! 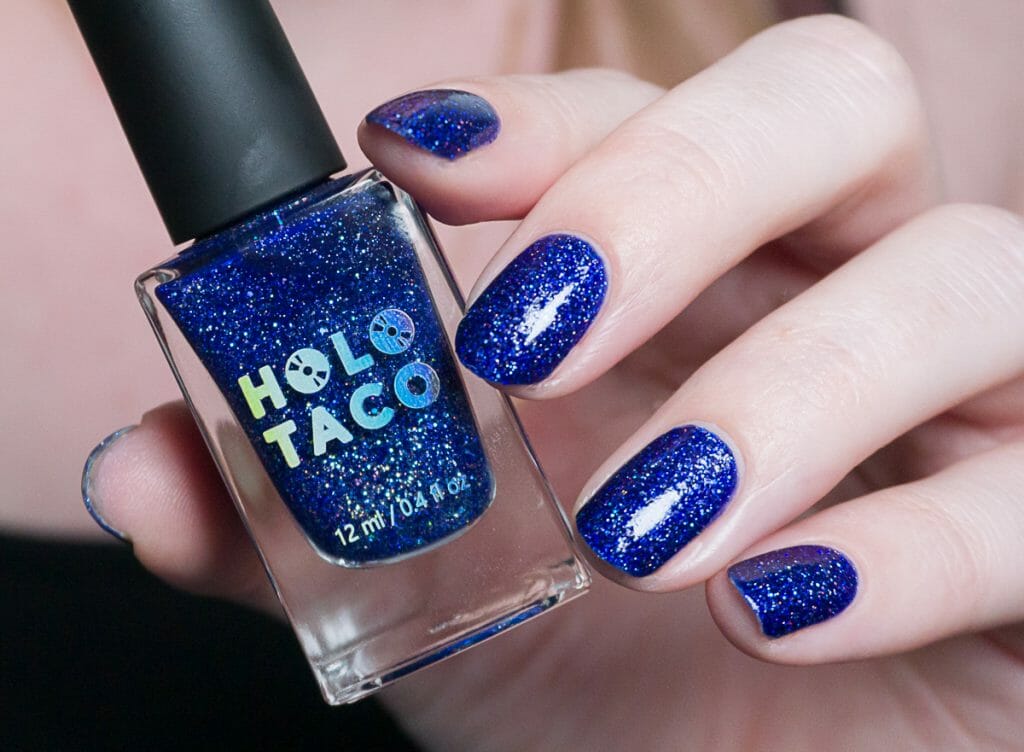